Sometimes a simple story captures such a profound truth it is unforgettable.

The story below, as told by Leonard Ravenhill, is recorded in his biography In Light of Eternity by Mack Tomlinson. I think Ravenhill remembered it so clearly because it touched him deeply and became part of his very approach to life.

In my twenties, during a period of pastoring, I loved to go past the Salvation Army building, which was the largest one outside of London. There’s a huge block of stone at the front. Chiseled in one stone it says, “William Booth of the Salvation Army opened this corps,” and then it gives the date of 1910. In a second stone it says, “Kate and Mary Jackson, officers in this corp.”

It was in this poor city, where they spin and weave cotton into cloth and the whole town was on the poverty level, that Kate and Mary Jackson labored for a couple of years and nothing happened. Those girls worked diligently and went to bed exhausted at night.

Booth sent a telegram back with two words: “Try tears.”

The road to revival is often paved with tears and brokenness.

Thoughts on Moses and COVID-19

The Power of Intercession and a God who Relents Today, as part of the M'Cheyne reading plan, I read Exodus 32, which describes God’s wrath when the Israelites began worshipping the golden calf while Moses is on the mountain. In response, God tells Moses that he will... 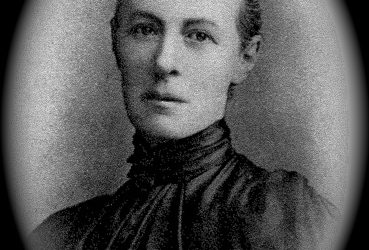