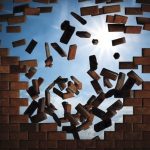 If you follow Christian news, you have probably heard the term “deconstruction” being used to describe the behavior of some high-profile believers who have walked away from their faith. Miriam-Webster defines deconstruction as “the analytic examination of something (such as a theory) often in order to reveal its inadequacy.”

I suppose this fancy word is popular today because it make the act of apostasy sound more palatable to our progressive ears. While asking honest questions is good and to be encouraged, abandoning faith to be “more authentic” is a sure path to darkness.

Despite all the head scratching about why this is happening, is there really anything new going on?

These last few weeks I have been studying Kings and Chronicles and cannot help but notice a distinct pattern of events occurring in the lives of the leaders of Judah. Over and over, good and Godly kings end up in rebellion and idolatry. This pattern happens so frequently that it contributes to the confusion that seems to be inherent in reading these books (not helped by the fact that different kings have identical names and sometimes a specific king’s name changes from book to book!). 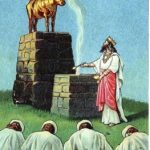 I often find myself thinking, didn’t I just read this story?  A king does good and right like his father David, wins victories, and then—after great success— walks away from the Lord and begins worshipping foreign gods. Yes, it is a very familiar story, repeated often. The pattern is broken only by the occasional story of a bad king like Manassah who repents and turns to the Lord and does good.

In today’s highly charged political environment, we see various leaders presented as the “good” one that will lead us out of our troubles. Like the children of Israel, we want someone to rule over us who will bring peace and prosperity. But just as the children of Israel learned—over and over again—there are no good kings…in the end, they all fail. And this has one clear reason…the entire Old Testament is looking forward to a better King, one without sin, who will rule with true justice and righteousness.

This is a lesson we would be wise to learn in our own times as we are tempted to look to political leaders to fix our problems. Like the kings of Judah, our leaders will fail, they will sin, they will walk away from their promises. There is only one King we can look to and not be disappointed: that King is Jesus.

“Looking to Jesus, the founder and perfecter of our faith, who for the joy that was set before him endured the cross, despising the shame, and is seated at the right hand of the throne of God.” Heb 12:2

May you find him more lovely and worthy of praise each day!