DB+
In response to our strangely interrupted world, my Bible study group began meeting on Zoom. Since not everyone joined on Zoom, we decided to look for something new to read and return to our regular study when we could meet in person. The book we chose to study was John Bunyan’s Pilgrim’s Progress.

A few factors influenced this decision. First, this book is readily available in multiple digital formats that are free to download (we used the one on Desiring God’s website with John Piper’s introduction). Second, I think some of us felt guilty for never having read such a classic of Christian literature or having read it in the past and forgotten what it was about. And third, the story seemed about as far removed from current events as possible.

I listened to Pilgrim’s Progress many years ago on a road trip with my daughter, but when I looked more closely at the audio book we used, I discovered that it was an abridged version, so that probably didn’t really count.

When I sat down to read the actual book, I loved the characters and the way their names reflected their personalities, and I was quickly drawn into the story and the allegorical events. But I found myself tempted to skip some of the lengthy dialog.

This would have been a big mistake. Fortunately, I also decided to listen to the narration while walking in the afternoon. It was then I discovered the beauty of conversation in this story. Bunyan engages in lengthy theological instruction, but rather than preaching, he does it through dialog. Over and over, when Christian and his companion reach a stretch of open road, they decide to engage each other in conversation on spiritual topics. 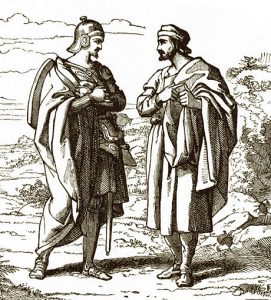 For example, as they enter the Enchanted Ground, Christian says to Hopeful, “to prevent drowsiness in this place, let us fall into good discourse.” And Hopeful responds, “With all my heart.” And they begin a lengthy conversation about Hopeful’s conversion.

Listening to the audio version brought these conversations to life in a new way and gave me a deeper understanding of the impact and popularity of this book.

No other English work (except the Bible) has been so widely read over such a long period of time. And typically it was read out loud to a gathered family. Especially in Part 2, Bunyan directly instructs children through Christiana’s four boys (Christian’s sons). Listening to the audio version of the book brings out the charm of the dialog in a way reading can’t.

I listened to the audio version read by Nadia May and produced by Christian Audio, but many other well-read versions exist. I recommend finding a reader you enjoy and letting the book instruct your heart as it has many others over the years.

In studying Pilgrim’s Progress I found the following helpful resources that you might also find useful: 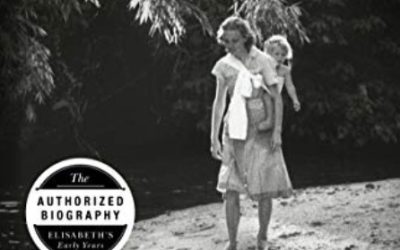