Home » Blog » Purge Me with Hyssop 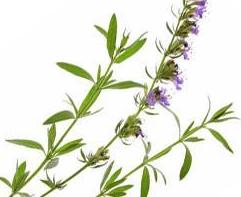 One Response to "Purge Me with Hyssop"