Last week I began rereading A Passion for the Impossible: The Life of Lilias Trotter. This wonderful biography by Miriam Rockness documents the life of a little-known Victorian artist who left a comfortable middle-class life in England to bring the gospel to the people of Algeria in the late 1800’s.  Her life is captivating in part because of her detailed journals and her artistic sensibilities, but also because of the sheer courage demonstrated by the selfless life of a physically weak, single middle-aged woman.

Her life has captured others imaginations as well, as this article describes. A feature film about her life called Many Beautiful Things is being released on DVD in March. I decided to reread the book in preparation for watching the movie, and my heart has been recaptured by the poignancy of her humble life in such a hostile environment. Lilias captures some of this in a journal entry she wrote in January while returning to Algeria after months spent in England recuperating from physical exhaustion.

One gets more of the breath of spring through the little, half-asleep January buds than through all the wealth of beauty down south. It is something like that with feebly breaking life in those hearts out there in the darkness–there is a joy over it deeper even than in the summer-tide of the spiritual atmosphere in England. Is it not so that the Lord looks down on the earth, it may be, along side the radiant beauty of His kingdom already set up in other worlds? He sees the slowly spreading buds of His dawning springtime here and is glad.

Last weekend I met with a small group to hear and pray over a report of what God is doing in the countries of Algeria, Libya, and Tunisia. Here I learned of January buds that are indeed beginning to swell. Lillias mentions the Kabyle people in her journals, and I discovered that God is doing a mighty work among this people group.

The Kabyles live in the rugged mountains called Kabylia to the east of the Algerian capital, Algiers. They belong to the Berber people group, the original inhabitants of North Africa before the Arab invasion of the region around 1,350 years ago. Originally Christians, they did become Muslim, but their life in the mountains allowed them to maintain much of their culture and language and unique dress. Now it is estimated that over 90 percent of churches in Algeria lie within the mountain of Kabylia.

I heard how the Kabyle believers have a heart to reach not only their own people, but  Berber groups in other nations. And I think of how happy Lillias would be to know that some of the seeds she sowed in the desert are now sprouting up and bringing life. Would she be surprise? I don’t think so. 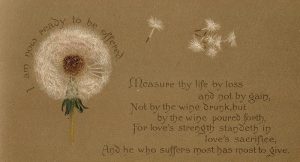 “He that goes forth and weeps, bearing precious seed, shall doubtless come again with rejoicing, bringing his sheaves with him.” Psalm 126:6 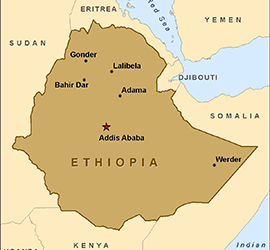 God at Work in Ethiopia

Ethiopia will quickly stretch out her hands to God. Psalm 68:31 The African land of Ethiopia, called Cush in the Old Testament, is intimately entwined with Biblical history. Moses married a Chushite woman and according to Ethiopian legend, the Queen of Sheba who... 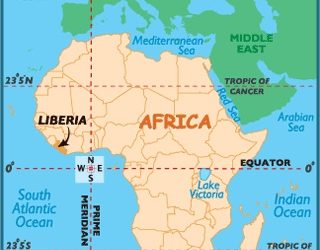 Recently, Liberia has been in my thoughts and on my heart. I find when the Lord stirs my heart to learn about a country, I suddenly seem to find it everywhere. Yesterday Liberia celebrated 10 years since the end of the horrendous civil war that decimated the country...